I remember choreographing a dance to Paula Abdul’s “Opposites Attract” in third grade, then convincing my teacher to give my classmates an afternoon break so they could watch my friends perform it on the playground.

In college, I was the hippie activist chick who was constantly harassing people to attend my numerous protests, demonstrations, and performance benefits.

I’ve also always been the friend who puts together the reunions and road trips and surprise parties.

​For whatever reason, I enjoy instigating or, at the very least, being a part of making things happen. I enjoy seeing all my pre-production planning come to fruition, whether it be for a fundraising event, a 24-hour play fest, a commercial, or a New Year’s get together with my buddies from college.

SYNLAWN
I did the location scouting, costumes, props, and casting for this fun shoot.
CITY OF ONTARIO
I handled the casting, in a matter of days, for this very complicated spot. Also helped out with props, costumes, and overall scheduling for the shoot.
LIRA
​This spot was my first time working with macro-filmmaking, so there was a lot of trial and error in terms of gathering props and accessories. I basically bought and borrowed everything gold and sparkly I could find, then worked with our cinematographer and another co-worker to see what worked best on camera.
ALEENE’S GLUE
I came up with the idea to turn this glue commercial into a love story during a pitch meeting and our director and copywriter developed the idea from there. I also handled the casting.
MARJORIE MASON CENTER
I came up with the tagline, “When you’re ready, we’ll be here” for this PSA, and suggested my friend Maegan for the lead role. I found the house we shot at and also decked out the van with “mom” props.
​FRESNO FIRE DEPARTMENT
This PSA was a beast that included coordinating two peewee football teams worth of extras, as well as their fans and cheerleaders. We were already down a crew member the day of the shoot, I had the flu, and our director broke his toe early on that morning. So this is a pretty fun spot that came out of quite a miserable day of filming.
​FRESNO SURGICAL HOSPITAL
This is one of my favorite spots. I helped with the casting, locations, props, costumes, and set decoration.
​GOSSAMER GROVE
I did the casting and scheduling on this one, and secured some of the locations.
ELAINE’S PET RESORT
Another fun one, because Dogs! I got to cast all of the people (and some of the puppies) for this commercial. Also found lots of cool houses to use (god bless Airbnb and Zillow), and handled the set decoration and costumes. As happens often with crews on set, my foot also makes a camera at 19 seconds in. Blink and you’ll miss it.

​
​THEATRICAL EVENTS
In undergrad, I produced several dozen charity shows as well as helped the theater department plan our annual drama banquets. One of the most memorable events I planned was a sold-out benefit immediately following the attacks of 9/11 that took place near the beginning of my senior year. It was the easiest time I ever had getting people to volunteer, as well as the easiest time I ever had filling seats. If that’s not a testament to the healing power of art, both for audience and performers, I don’t know what is. That benefit was one of the first catalysts leading me towards a future as an socially engaged artist. 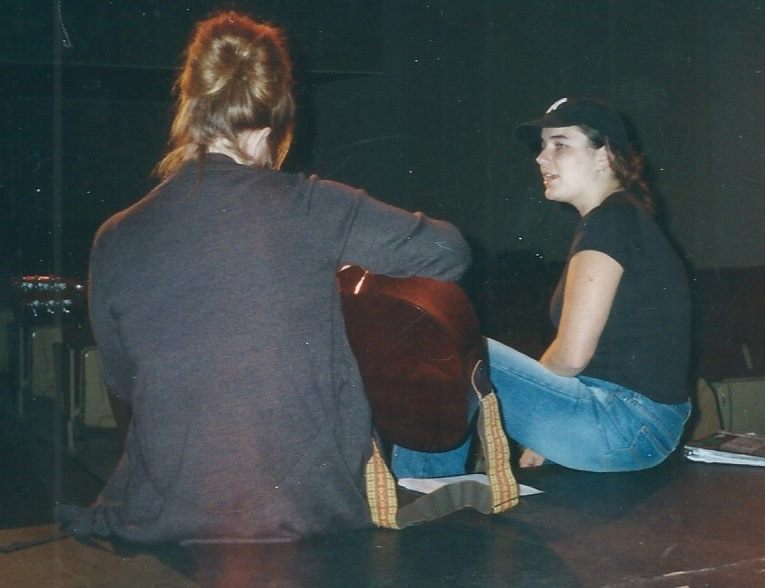 In recent years, I helped start a group called The Fools Collaborative. We are a collective of socially conscious artists based in the Fresno area who work together to raise awareness and funding for philanthropic, community-orientated, and social justice projects. We've been producing events since April of 2016, when we first banded together to provide a month's worth of free community events in conjunction with the worldwide #Shakespeare400 movement. In August of 2017 we earned our 501c3 status, and have been working toward producing bigger events and integrating a wider array of artistic disciplines in our work. 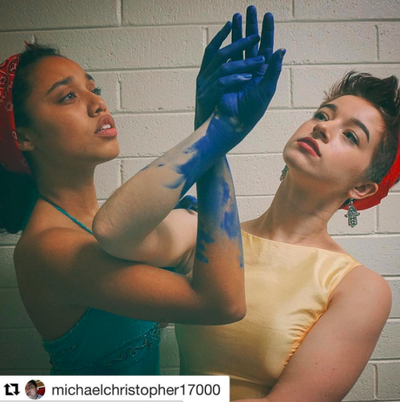 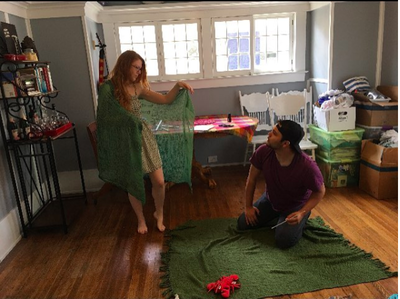 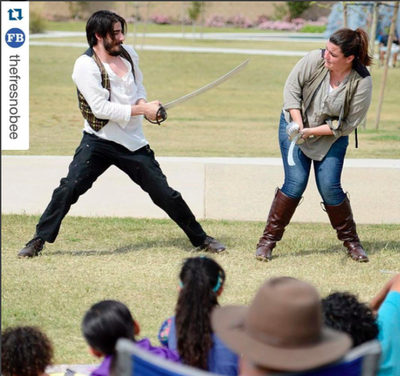 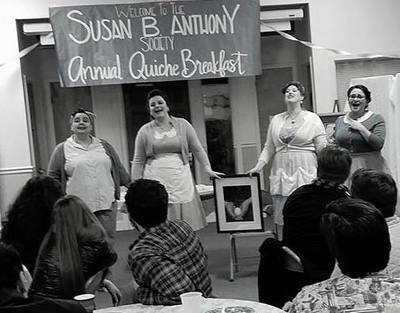 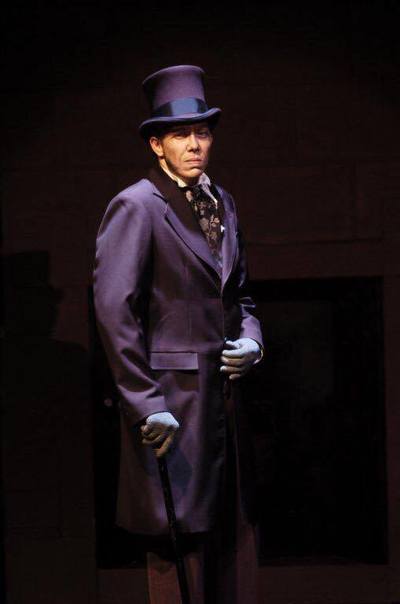 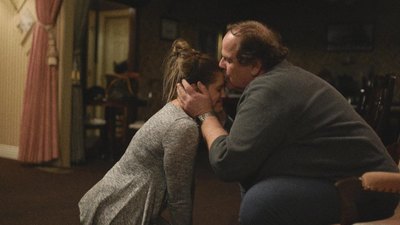 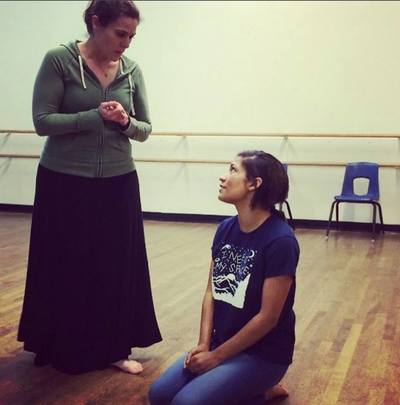 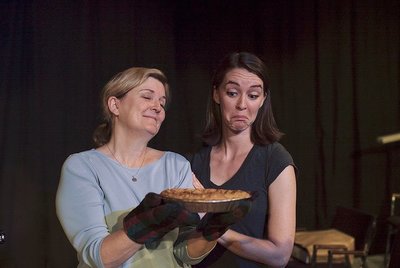 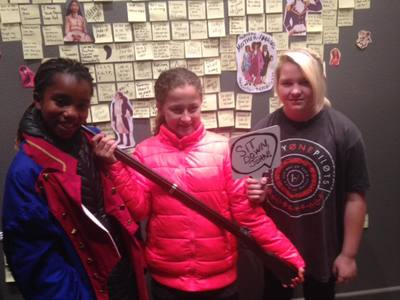 The following images are from a production of Real Women Have Curves at the Selma Art Center. I initially just signed on to co-direct, but ended up taking on the roles of costumer, prop mistress, and set dec designer as well. A producer a heart, I guess I couldn't help myself. 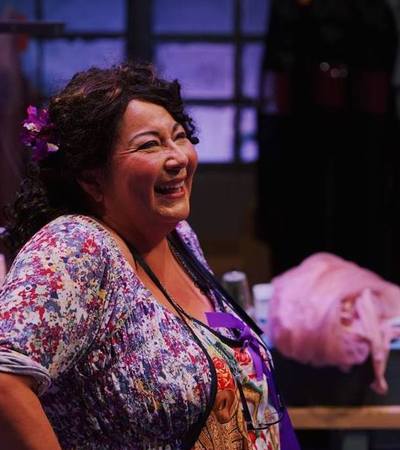 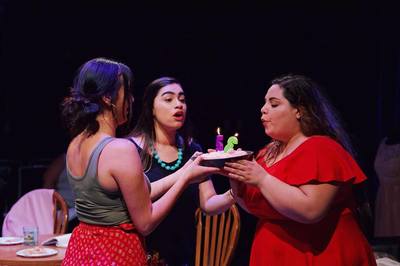 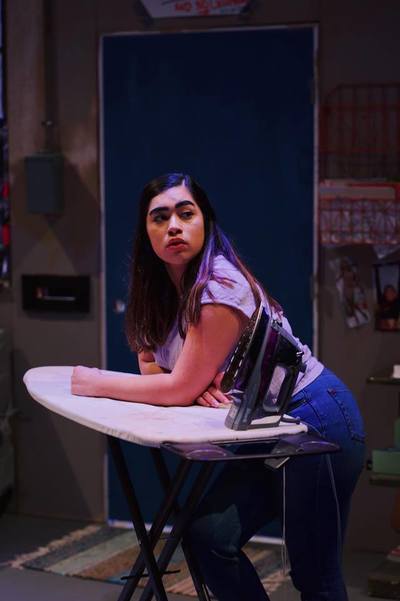 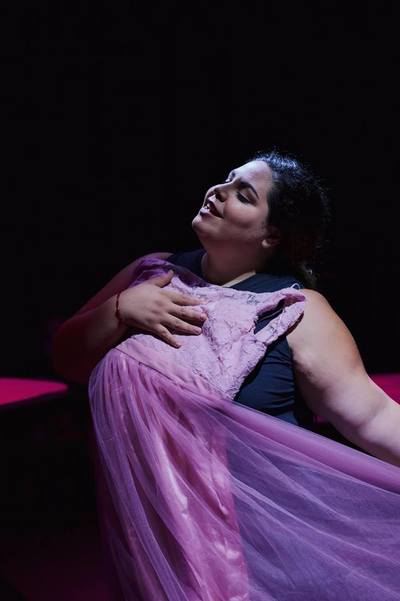 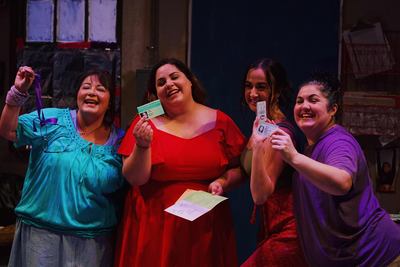 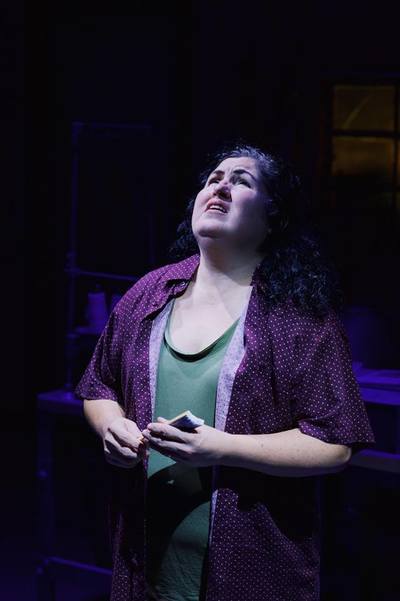